The Prison of The Mind 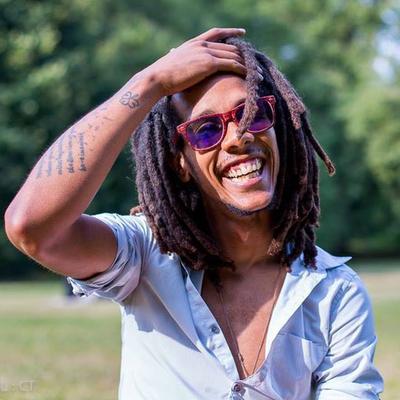 I have always thought of myself as quite a strong character, able to overcome many of the challenges life has thrown my way, and also understand and face the many fears and insecurities.

Whether it was coming out of a difficult childhood, leaving toxic relationships, turning a negative path of anger into a positive path of passion, parting from a horrible job, or proving the many doubters I have had wrong (myself being the biggest one).

This quest has led me down a very spiritual path, removing myself from my ego, and learning to live with love for all and everything that my world encounters, and accepting everything that happens to me.

This one thing I hold dearest in my life was recently tested, as I was incarcerated in a Nepali prison, for a misdemeanour I was unaware of. It was for 17 days but I was never sure, and it could have been for much longer.

The conditions were terrifying and as difficult as Asian jails are portrayed to be. For the first night I was left in a cage outside, in nothing but a vest top, shorts and a bucket as a toilet.

I was dragged in handcuffs to another police station, I use the term dragged very literally, with a few kicks and slaps thrown in for good measure.

This is where I would call home for the next 17 days. The cell was a tiny 1.7 x 3 metre cell, which would be occupied with 6-14 other people, and an assortment of insects which would happily crawl over your face during the late hours of the night.

There was no movement whatsoever, we would be locked in these cages 24/7, only being allowed out twice a day to get rice and vegetables from a bucket, just outside the doors. The guards would routinely threaten, slap and degrade us all, there were 150 people squeezed into 4 very small cells.

The cages doors would bang at all times throughout the day, there was never any silence and the lights would never be turned off. The cell was furnished with 6 blankets, a solid concrete floor and the blood of all the insects that had been killed over the time on the walls. We could be dragged out in handcuffs at any time to the hospital, or a court visit.

The whole time there were no other English speakers and I never had any idea what was going on, and the rare moments I was allowed to speak to the Police Inspector I was always told a lie of one sort or the other, with a huge deceitful smile on his face, this was quite possibly the most unnerving feeling, not knowing what was going on, but knowing that this was going to be as difficult as they could make it, unless I was able to do something about this.


I was granted a 3 minute conversation with my mum every 4-5 days, which was difficult, but valuable in getting information out about my condition and the treatment within the prison so that something could possibly be done about it.

However the only thing I could do was really dig into the lessons that life had taught me up to this point, and really believe in the words that I speak.

I had to understand that there was a reason I had found myself in this situation and that this gift was presented to me, and try and see it as such whilst I was going through an extreme trauma. I would pray every day that my friends and family were holding themselves together, I would pray for my freedom back, and I would pray for the strength to be able to get through this. I would write everyday how I was feeling, the gifts I was receiving and the growth I was going through.

I would try and connect with the other inmates, through an understanding and connection deeper than language and find ways to share and contribute to their lives whilst in there. I would think of ways to use this to be able to guide others through difficult situations in life and understand that I must show nothing but love. I would be grateful for the food I received, I would be thankful to the guards when they made me clean the toilet, or handcuff and push me around.

I have since learnt the importance of patience, faith and love.

I have been blessed with true perspective to understand what is important in life, and where to place my energy, what to value, and the beauty of the people in my life.

I understand the value of time, and the freedom of making decisions, and the relative unimportance they have. We spend so much time worrying about the little things which don't matter, that we hinder our potential to reach the great things we were designed to reach. I harbour no ill will, no anger, no hate, just love and appreciation to have been given this great gift to propel myself forward in life and make a huge contribution to the lives of others.

I have also had my values and character tested and hope that I have been able to come through stronger and more humbled as an individual, to be able to pursue my dream of living a life of service to others.

Most gratefully I have had my faith strengthened and truly believe in the power that is guiding and looking after me as I pursue this uncertain path.