What the Self Help Collective Says...
Menu 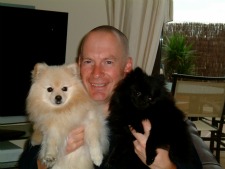 Me and my beautiful 2 kids, Casper and Missy 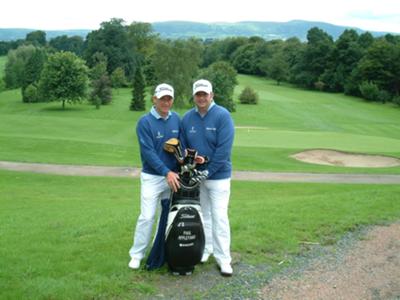 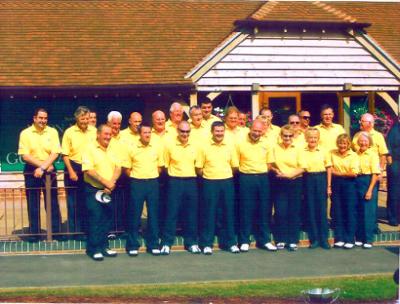 Paul shares his inspirational life story of how he overcame a major health setback, and in particular how the timing of 'the truth' of his setback was revealed to him was all important to his progress.

Hey there, here's my story about being successfully blind.

I'm almost 43 now and when I was 11 years old I was diagnosed with a rare eye condition called Stargardt's Disease ("a common form of juvenile inherited macular degeneration leading to legal blindness"2). OMG, what do I do now? Read on and you'll find out...

I believed that I had 2 choices, first of all I could sulk, give up, say "oh how bad my life is" or secondly, I could get on with things and do what I wanted to do.

When I was diagnosed the consultant did not believe me that I couldn't see things and even asked my parents if I was a happy child, was I OK at home, was I being bullied etc. And when they convinced him I was OK he then did the tests that proved the condition was there.

So I now go and see the most prominent eye specialist at the time and he confirms what the original consultant had found. And, unbeknownst to me (until my mum told me in my late 20s), he said words to the effect of "take him home, let him get on with his life and he won't amount to anything." I also found out this had brought my dad to floods of tears, being told his first born had no chance.

Had I heard that as a child, perhaps I wouldn't be where I am now, thank goodness I didn't.

So I persevered through regular schooling, relying on friends to read from the black board for me. And, perhaps through natural ability and determination to succeed, I managed to achieve 9 o-levels (GCSEs nowadays) and 3 A levels.

I fell into banking, as Barclays Bank was the only employer who would give me a chance - I progressed very slowly over the first 10 years or so.

Then my mum let me know about the bombshell they had been told so many years earlier and this gave me motivation to move to the next level of my life. I will not be told I cannot do something. I think that simple comment of "he won't amount to anything" spurred me on.

It's since that moment that I have had the biggest achievements in my life and I'll share a few with you here:


Hmmm, all because someone told me I wouldn't amount to anything.

I have achieved a lot and will continue to do so. However, my mindset has changed over the last 5 years or so. I was pretty angry and bitter for a long time and even though this fuelled my desire to succeed, I know now that it wasn't the healthiest attitude to have.

I had a dawning realization about 5 years ago that instead of carrying the bitterness inside, I should thank the consultants who found my eye condition and be grateful for the motivation, drive and energy this gave me to be the best I could be.

Being in this place of gratitude and thanks is far more fulfilling to me now.

My point in telling my tale is 3 fold:

1: To be a success you need the support and love of those closest to you. Remembering that 'you reap what you sow', give love and support to those you hold dearest to you and you'll get it right back at ya!

2: Living in a place of gratitude for what you have in your life is so rewarding. Be grateful for the opportunities that come your way and grab them with both hands, making the most of your situation at all times.

3: Never give in, you have the ability to do whatever your heart desires; you will find a way if you truly believe.

STEVE COMMENT:
Thanks Paul, for your inspiring story - your achievements are nothing short of incredible.

Notes:
(1) I can recommend The Power of Adversity (Al Weatherhead), as a powerful way of illustrating how adversity can be an important driver in our lives.
(2) Oh, and I took the sentence describing Stargardt's Disease from the mdsupport.org website

The POWER behind this site?
Conceived/created/delivered by SiteSell's SBI!, Aweber email & Inspirational Quotes

The POWER of connection?
Subscribe to Weekly Wonder or find out About Us or even Contact Us

The POWER behind YOU?
Invitation to BE Yourself. More Ease, Less Stress: Free Guide Reveals How!