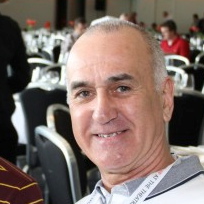 In 1999 my life changed forever through a simple act of honesty. Here is my true story.

One evening I was on my daily evening commute from London to my home on the Kent Coast. I had got into the habit of sitting in the last carriage at the platform in London, then some 85 minutes or so later walking through the carriages to the front of the train, so I could alight near to the station exit at my end.

I would do this also, because it would mean I could pick up a free abandoned evening newspaper to read after my evening meal. This meant as I walked through the carriages I would scan the by now mostly empty commuter seats looking for a paper.

One evening whilst doing this, I found a purse. I opened the purse and thought this must be my lucky day. For the purse contained some GBP£80 in cash.

Looking further into the purse revealed credit cards, and house keys and a name and address. My first thought when seeing the cash was to pocket it, and throw the other contents away.

Now I am not a basically dishonest person, but had developed a hardened attitude over the years that most people were dishonest in some way, and my own personal experience had been that whenever I lost anything of value, that was the last I ever saw of it.

And since I was a construction worker at that time, I had been the victim of a great deal of petty pilfering during my working life.

I was just about to pocket the cash and throw the other contents out of the train window when I saw that the name and address of the owner was a female and she lived in a flat. She lived about 25 miles up the line in an area called The Medway Towns.

Almost as I read the name and address I had a momentary picture of that woman being struck with terror, when she realised she had lost her purse, and could not get into her home, had no money, and worse still, would probably have thoughts of someone spending on her credit cards, not to mention the hassle of cancelling all the cards.

In that same moment I decided to hand the purse over, with all of its contents, to the train guard. So I found the guard and explained that I had found the purse and would like to see it returned to its rightful owner. He told me it would be sent to the lost property office. I arrived at my station and started to walk the five minute journey to my home all the while feeling very pleased with myself that I was going to bring a great deal of happiness to someone I did not know.

Just as I was enjoying these thoughts, I was struck by the most amazing sensations, coursing through my body. The only way I can describe these sensations is from my experiences as a long distance runner when I was younger, they were akin to what is known as "runners high". I felt so light headed, so light on my feet, it was as if I was kind of separated from my body. These sensations continued for a few minutes then disappeared to wherever they came from.

The next day I caught the early morning train to London and within minutes of sitting down those sensations returned. I instinctively knew that I was in some way connecting with my higher self. At this point I will share with you that for some time previously I had been writing a daily journal of my thoughts, which were deep and of a philosophical nature.

During that prior time I had come to the conclusion that somehow in some way, there was a kind of hidden mental barrier that existed within our minds, that somehow prevented us from knowing higher spiritual knowledge.

I remember clearly saying out loud, in line with something I had read in a spiritual type book. "Universe tell me, what is this hidden mental barrier? The instruction being that if you have a problem just ask the universe to solve it for you. Then forget about it, and sure enough soon or later you will have your answer.

This was maybe six months or so before the incident o f the purse.

I hadn't written a word until that incident occurred.

Just about six months later, very close to Christmas, I was grocery shopping with my wife, when she discovered she had lost her purse. In the purse was £80 cash, credit cards and keys to the house.

After lots of anguished searching and retracing of steps, asking in the shops we had visited and with no light shed on the loss. I decided as a last resort to phone the police. Now I have to add that due to my previous experiences I had no confidence whatsoever that anyone would hand in this purse once the contents were seen. I was wrong! The purse had been found by two ladies on visit to my town.

The police were reluctant to reveal an address to me, but I explained I wanted to send a reward of flowers and chocolates.

Then I was struck by the coincidences, of the purse contents, and to my shock, these ladies had traveled from where they lived in The Medway Towns. Which was the same area as the woman whose purse I had found.

Once again when I realized these connections I started to feel those sensations coursing through my body again.

I started to think deeply about the coincidences of these purse incidents but still did not do any more writing.

Then some time later I found a leaflet on my doormat. I picked it up and saw that it was about a book on philosophy.

I got the book and started to read and it was in that book that I finally got the answer I had asked the universe for help about. I had found out not only did a hidden mental barrier exist in the mind. But that we are disconnected from our spiritual true-self once we are born and indoctrinated with what has been called Belief System Programming.

I started to be consciously aware of incidents and occurrences that seemed to be happening through my own actions and realized that everything that had happened was not coincidence at all. Coincidence is what Belief System Programming makes us believe.

I realized that every action in the universe had a karmic consequence.

This realization got me back to writing and soon I was making almost unbelievable discoveries just by being consciously aware of things people said, things I would notice on TV, or hear on the radio, or see in a magazine or newspaper and a whole host of other sources.

Every book I read led me to discover a new book that contained new knowledge that all connected a broken picture into a completely understandable whole.

My writing exploded as I understood the reason why problems occur and how to solve them. I was able to understand how relationships break down because of the sub-conscious communication of soul to soul.

I discovered my own false-self ego at work derailing my efforts to change my life, with negative self-talk. I realized that this ego makes us a prisoner, a victim of our own devices, that we are helpless to do anything about it, unless we change the way we think.

But the most exciting breakthrough I found was how to truly know positive from negative, right from wrong, true from false. and in doing so, re-connected with my true self and found what I believe to be my spirit guide.

Ever since I discovered the truth of these concepts my life had been free of the burdens of the mind that cause us so much emotional pain. I do not lie, I do not need to, for I reversed my belief system conditioning and regained my self-esteem it stole from me and every one else afflicted with this mind disease.

Every day now I recite a mantra to my spirit guide which goes as follows.

Spirit Guide, Spirit Guide
Guardian Of My Soul
Guide Me Through This Brand New Day
Lead Me To My Goal.

This mantra has led me to turn my writing into a forthcoming book called New Model Thinking. I hope one day to share my book with humankind. I am sure my spirit guide will agree.