My Body Image Issues as a Teen 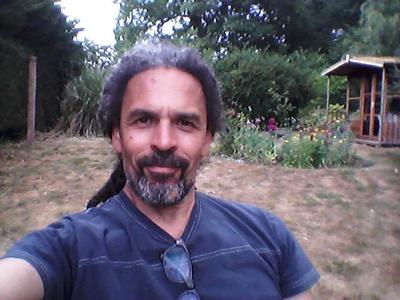 Only A Very Few People Know This About Me... Until Now!

Not a lot of people know this. About me. I've probably told 3 or 4 people in the 30+ years of my adult life, actually (girlfriends, most likely) - until now, that is

Now I'm a 53 year old man (at time of writing), and the expression 'body image' really did not exist (to my knowledge), especially for a boy, back in the 1980s, but I experienced them nonetheless (until I didn't).

The body image issues likely arose because I'm mixed race and grew up in a white British culture: my curly black hair, yellow-brown skin, thickish lips, hairless arms, and biggish bum was a 'difference' I noticed early on. And I guess I just wanted to be 'normal', and white, like the rest of my classmates.

But being 'dissatisfied' with my body continued past race-related features and became (for a while) a never-ending obsession with how I looked versus how I wanted to look.


I really did obsess about these things, at the time. (And, of course, I NEVER considered that I might be attractive-looking in any way at all!)

And then suddenly I stopped doing that.

But that was a time when there was no Facebook or Snapchat or Instagram to continually see updated (and 'altered/improved') images of others.

That was a time before businesses decided to target teens subtly and not-so-subtly via an all-pervasive marketing and advertising - all suggesting the ideal forms a boy- and girl-shape should take.

That was a time before the digital era of impossible figures.

Now this modern era has also come up with its antidotes, too, to this modern-day curse. Body image is now much more a 'thing' - for girls in particular, but more and more for boys. A 'thing' to be aware of as an issue. A 'thing' to support and give advice about. A 'thing' to understand.

A 'thing' that the Kid's Health website addresses, in a fantastic supportive way ( https://kidshealth.org/en/parents/body-image.html )

A 'thing' that mean websites like BeReal and ThisGirlCan get created.

A 'thing' that fuels so many videos on Youtube (just search for 'body image' there).

A 'thing' that will continue to take on more and more forms, as teens strive unsuccessfully for the perfect body image

A 'thing' that I did nothing about as a teen, and that 'doing nothing' worked out for me but it might not work out for teens today.

Honestly, I never even considered it a 'thing' at the time, I just thought it was my 'way' of being insecure, that only *I* would be thinking like this.

And, of course, that is the biggest lie about 'body image' really. This doesn't just affect one person (who, unluckily, just happens to be you), it probably affects all of us in one way or another.

Hmm, my list of body obsessions look silly on reflection, but at the time it was far from silly I can assure you.

I'm glad I've shared, and if this affects you (or someone you know) then find a way to for you (them) to share, too. It really will help, I promise.