There is no place in this world for fear of failure. Oh no!...
Menu

All About... Fear of Failure!


"The greatest mistake
you can make in life...

...is to continually be
afraid you will make one."

So says Elbert Hubbard, and I'm sure so say all of us, too! Yet, still, this is one of the most common fears that there is: failure! This fear of the unknown, of change - call it what you will - limits all of us to a life that is less. 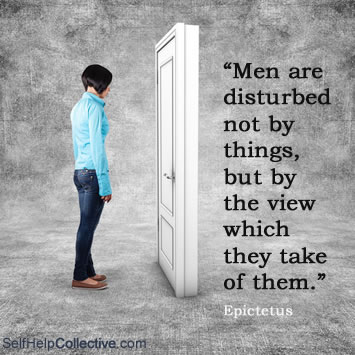 What do you say? What are your thoughts on failure? And would you, like so many others are doing, turn to self hypnosis to overcome this fear?

Hey, fear is good sometimes, it is!

If we weren't frightened of falling to our death, for example, then we'd all be leaping from roof to roof a la those Parkour boys in France, or we'd be driving at 90mph down a windy country lane, etc.

Fear of failure is good for you. Sometimes.

But, mostly, this pervasive fear stops us from living, from growing, from being the magnificent human beings that we all are.

And, to coin an appropriate phrase, 'that sucks!".

So, let's begin with identifying this deepest fear, so we can at least be aware of it. And, with most of the top 10 fears (or fear, in general) overcoming fear of failure begins with awareness!

So, in my own particular case, my fear of failure has presented itself in the last few years in the following places:

This fear of change - because that's what it is - has held me back, it has! It's kept me in my shell, made me stay safe, and thus limited my life!

And that's not the point of life, is it, to stay safe? Instead, it's to grow, to have fun, and to be who you're intended to be.

And if you need to read some fear quotes first, that's fine - inspirational quotes can quite often get us going in the right direction, after all! But actions must then be taken, they must...

"Fear stops a lot of people. Fear of failure, of the unknown, of risk.
And it masks itself as procrastination."
-- Lisa Anderson

Today, is a day for taking action - that is why you're reading this page, after all - a day of overcoming procrastination. It is going to be a long journey, this 'battle' with fear of failure (as David Viscott's words below suggest), but the journey is a rewarding one where you get to be the person you truly are...

"To fail is a natural consequence of trying, To succeed takes time and
prolonged effort in the face of unfriendly odds. To think it will be
any other way, no matter what you do, is to invite yourself
to be hurt and to limit your enthusiasm for trying"
-- David Viscott

Now let's see have one last Nelson Mandela fear quote, then I'm going to leave you to take actions, even if that action is ONLY investigating one of the recommended overcoming fear resources I've listed below...

What Nelson Mandela has to say...

"The greatest glory in living not lies in
never falling, but in rising every time we fall."
-- Nelson Mandela

Thank you Mr Mandela. And thank you for the example that you set us all: an example of determination, belief, and even more importantly, compassion - leadership in action, indeed...

What these recommended resource says...

BE The Change You Want to See in the World?
Here's how: Re-program yourself via hypnosis downloads or Inspire yourself via daily quotes