Bad Luck, and Me 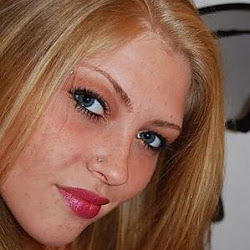 I am a 24 yr. old girl who has a story for you and hopes you can maybe relate to it and can learn though my mistakes. I used to say I have Good Bad Luck. The oxymoron of the day...

I was a 23 year old average girl who was trying to come up in the world. I had a fun job as a cocktail server. I had just bought myself a car, moved out of my mom’s house and in with some friends that I knew from 9th grade or so. I was living the life. I finally could support myself and have play money. Then the oxymoron came to play. A spiral of bad luck happened. First my car was stolen 10 minutes after I clocked into work. I didn't even find out till I got off work at 1 am or so. My boss felt so bad that they bought me a new car the very same day, around 11 am. I went to pick it up and my boss told me that he would just take the car payment out of my pay checks. I was like ‘Okay, cool, thank you so much! Then on my way home the front brake got stuck and was smoking really bad.


So I called my boss told him what happened. He told me "no problem my son will fix it, and it should be ready by the time you get off work tonight." I went to work and got a call from Lake Stevens police, they found my stolen car in less than 24 hours within making the report. I left work to go pick it up. Nothing had been taken or tampered with, so I drove it back to work. Then 3 hours later I got the new car that was purchased for me earlier that day. I said "Who ends up with no car at the beginning of the day, and by the end of the day end up with 2 cars? That’s some good bad luck!" Then I got a call from my ex saying he just totaled his car.


So I thought I would be nice and lend him the car that had been stolen from my job. I had been off and on with him for almost 5 years, so I knew he would not screw me over. Just when I thought I overcame what I thought was the worse time of my life, fast forward a week or so and I am on my way to his apartment with my friend Brynelle and he calls me and tells me "never mind about coming over." I was like," Okay, I guess."


I thought maybe he had someone else over but told my friend, Brynelle "I can't really get mad because we aren't together anymore." Then I go home to my roommate having loud sex upstairs. So I went to my room and turned the music up in an attempt to drown them out. Then my roommate has the audacity to tell me my music woke his 18 month old daughter up when she was upstairs with them. I flipped out.


There comes a point in your life when you get tired of trying to fix everything and trying to make everyone happy. So I ended up getting in a huge argument with my roommate. I then tried to go to sleep because I knew I had work the next day. The following day I went to work and I was so emotional drained that they sent me home. Instead of going home, I decided to go to the bar. Then I texted my friend Austin, I thought of him like a brother. So sober, I knew better then to go there. But I was buzzed and being selfish. And deep down inside, I felt like my ex was emotionless towards me, so I picked someone that would give me the attention my ex didn't give to me anymore. When Austin showed up he insisted to drive me home. He had just got a DUI and it was not worth the risk He didn't want me to get one either. I refused. I told him that I only lived 5 minutes away. I told him that I'd be fine. Well I wasn't...

I didn't make it home. I crashed my new car in to a telephone pole, where I was going about 60 in a 25 zone because I was pissed off at my roommates and my ex and I had had about 4 or 5 drinks. It was 10pm when I crashed. Honestly, I'm not sure how I'm still here, I must have had a guardian angel with me. Also, I had a lot of good friends and people praying for me. I broke my neck, my pelvis, my collar bone, all of my ribs and I also have RT spastic, and I have hemiplegia. In easier words, I lost control of my RT side. I'm getting better and better each day. But I have to rememb er it could have been so much worse.

A. I could have died

B.I could have been a vegetable

C. I could have end up losing all my memories.


I remember everything but the day of the accident. All I know about that day is just what I have been told and my own assumptions.


So It's been a year since the accident and I feel I have learned so much about myself. I have also learned that you should never run from your problems. It's best to confront your problems instead of just replacing them with new ones. I have had to learn how to walk and talk again, and deal with a broken heart as well. And I almost lost a good friendship over something dumb. I have never felt so weak and vulnerable going through what I have this last year. I have no regrets. I feel I needed to find myself and I have plus came out a stronger better person.

Thank you for the second chance to everyone who kept me alive in their prayers. Thank you to everyone who donated and helped with the financial struggles. I don't feel I would be here without you.


I hope that you learned from reading this that escaping your problems, whatever they may be - alcohol or a drug of choice - that running and hiding is not the answer. Never forget the little kid inside that had bigger dreams than escaping reality.


STEVE COMMENT:
Thanks for sharing your experiences here, Alexis - love the honest awareness of what you did to make your 'story' worse, and what you would now do instead!